Nearly a decade ago, the Packet Hacking Village at DEF CON was founded.And every year, Aries Security’s team combined with amazing volunteers from the hacking community helps provide education and training at no cost to the public. One of the main events in the village is Capture The Packet, which provides a platform for the best hackers in the world to showcase their skills. CTP has been a Black Badge contest ten out of the eleven years running.

The Packet Hacking Village’s mission is to raise security awareness and bridge the knowledge gap between security beginners and security experts by providing quality training, activities, and networking opportunities. Through providing sponsorship and volunteer labor to the Packet Hacking Village, Aries Security helps to further the cause of community education while staying true to our hacker roots.

DEF CON 29 was unique in many ways. For the first time in its history, DEF CON was held as a hybrid conference: both in-person in Las Vegas, and online on the official DEF CON Discord server. This provided in-person attendees the opportunity to get hands-on experience at the Packet Hacking Village, while lowering the barrier to entry for security enthusiasts and professionals all over the world. For the first time, we were able to offer Capture The Packet to virtual attendees, and the response was incredibly positive. By facilitating a hybrid experience, the Packet Hacking Village was able to spread the message of cybersecurity to people all over the world. 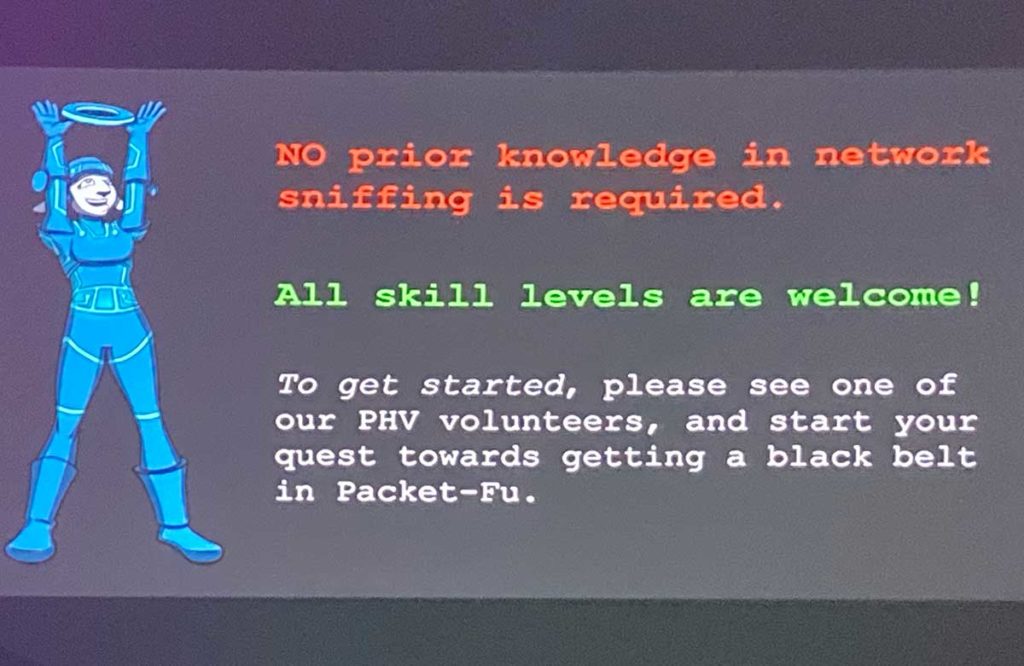 This year, the Packet Hacking Village served thousands of attendees in-person and provided education and training to even more through the DEF CON Discord. Workshops and talks were presented throughout the convention. The village hosted the “challenge” games of Packet Inspector, Packet Detective, and Capture The Packet both in-person and virtually, making it possible for even more participants to compete and learn. Capture The Packet’s grand prize winning team, HackMiami, received a coveted DEF CON Black Badge as well as 2 KerberosSDRs.

Aries Security will continue to sponsor community efforts such as the Packet Hacking Village through volunteer hours, technology, and financial support. We believe in their vision of a world where common-sense cybersecurity practices are second nature and internet safety culture is the norm. Awareness and education are the key, and through teaching the security mindset, we all become safer as a result.